Every year, the National Wetland Trust enters a wetland bird into Bird of the Year to raise awareness of the importance of wetland habitats. They approached the Community Comms Collective looking for a volunteer with social media expertise to help run their 2021 campaign.

This was Chelsea Ferguson’s first assignment through the collective and she was thrilled when it came through.

“I had enjoyed seeing some of the hilarious content shared in past Bird of the Year campaigns, so I jumped at the opportunity to be part of it. Being someone who loves to get out in nature meant that the purpose of the contest and the National Wetland Trust aligned with my values and made the project a meaningful one.”

Chelsea worked with Melanie Dixon at the National Wetland Trust to choose the Moho Pererū/ Banded Rail and from there Chelsea created a social media strategy and content to promote the bird.

“Banded Rail are cryptic birds who hide out in wetlands which makes them relatively unknown to non ‘birders’. So, I built a persona based on characteristics of Banded Rail, named ‘Buffy the Bandit Rail’, and wrote a narrative to help people get to know the bird in a more relatable way.”

The social media strategy helped Banded Rail fly onto the radar of a number of New Zealanders who hadn’t heard of it before, with Buddy the Bandit Rail reaching people through Facebook, Instagram and TikTok profiles.

Banded Rail may not have taken out the title, however, it was awarded ‘Best Newcomer’ in Forest & Bird magazine, for “stepping out from its saltmarsh shadows, going from zero to hero thanks to its campaign manager the National Wetland Trust.”

“Bird of the Year is such a big thing now, that if you don’t have comms skills, you get very little traction. I was blown away with what Chelsea was able to put together for us – she has incredible skills. I think a lot of people think they can do social media, because, well, we’re all on it. But then when you see someone who actually knows how to use media, it’s next level.”

Chelsea says she loved the creative freedom and what she learned along the way.

“I had so much fun creating memes and TikTok videos without a restrictive sign-off process. The campaign was also a learning experience, as I researched wetlands and the birds to create content that was accurate and informative. The work opened my eyes to the value wetlands create for our planet, and I came away with much more knowledge of New Zealand’s native birds.” 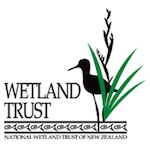 The National Wetland Trust is a non­profit organisation established in 1999 to increase the appreciation of wetlands and their values by all New Zealanders. It works to ensure that landowners and government agencies commit to wetland protection, enhancement and restoration.

< Back to case studies

I think a lot of people think they can do social media, because, well, we're all on it. But then when you see someone who actually knows how to use media, it's next level.